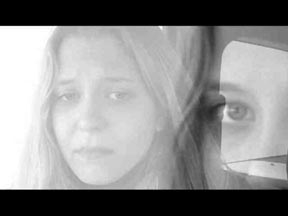 A three and a half minute short about a young woman telling of her experience dealing with the death of her grandfather and coming to terms with her own mortality.

Scars is a short monologue piece that I took from KONO, a horror screenplay I wrote. In the feature, it was a dialogue between two characters who were getting better acquainted with each other. I converted the dialogue into a monologue that Nicole Signore performed with touching emotion. 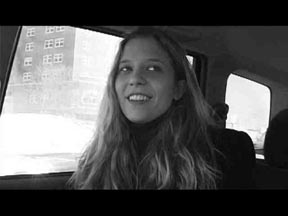 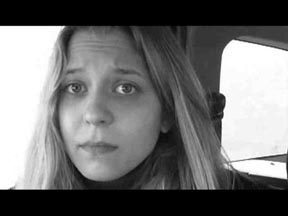 I originally had in mind shooting Nicole on a bench in a park in Schenectady, NY with a snowy background. Unfortunately, on the day that we were to shoot (Sunday, January 12, 2003) the winds were a blustery 20-30 miles per hour. In fact, you can hear the wind in the background and see the Santa Fe sway in a few shots. We got out of the car, walked 20 feet, Nicole had trouble standing, and I said, "Back in the car."

We made our way to the parking lot behind Schenectady County Community College. I got in the driver's seat with my camera, Nicole was in the back passenger seat. We shot it in a matter of 30-45 minutes.

The beginning shot of Nicole strolling toward the car (which was actually shot last) was her idea as an homage to James Dean and the pictures of him walking on Broadway. 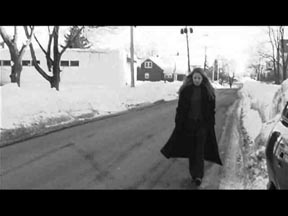 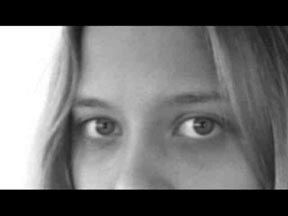