After centuries of living the life of a free spirited spoiled rich vampire, terrorizing the Eastern European countryside, Veronica arrives in the United States for new prey. But when her actions start attracting the attention of humans she is brought before her clan elders and ordered to reign in her "bloodlust" or be ostracized by the rest of the clan, a fate worse than death. In order to get back into the good graces of the elders Veronica must become an assassin and kill vampires who themselves are attracting the humans' attentions.

Watch the UNTAME version of THE VAMPIRE ASSASSIN online HERE. 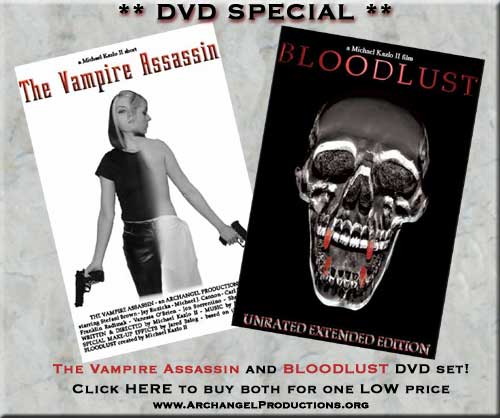 NOTE: The featurettes and main feature are NOT rated. NO REFUNDS.

The links will remain active indefinitely but we reserve the right to change the links at any time for legal or technical reasons.